The United States of America (USA) is recognised for its military might, economic clout, diversity, technical advancement, political system, and status as a democratic arsenal. And in recent years, it has been recognised as the oppressor’s face in economically impoverished nations such as Syria, Vietnam, Afghanistan, and others, where it has wreaked havoc with guns and wars. The home of tech behemoths such as Facebook, Google, and Apple. Mass shootings, militarised police, race riots, significant anti-government sentiment, and the Grand Canyon are also well-known.

So it would be eloquent if we talked about some of America’s most prominent presidents and how they etched their names into people’s hearts, but at what cost?

Abraham Lincoln and Franklin D. Roosevelt died in office, owing to assassination and hemorrhagic stroke, respectively, at the height of their careers (both died precisely 5 months after winning their last elections). They died as a hero before they had a chance to turn ugly.

Lincoln is the most liked president of the US, why? For his role as a leader in maintaining the Union during the Civil War and initiating the process (the Emancipation Proclamation) that eventually led to the abolition of slavery in the USA.

The most powerful leaders in the US have been Theodore Roosevelt and Thomas Jefferson, whose abilities were considerably more diversified than simply leading the country in a battle.

He commissioned the Lewis and Clark expedition, which immensely aided Americans in understanding their surroundings and rendered the slave trade illegal. He voluntarily resigned from office (this had not yet become customary; only Washington had done so previously). Jefferson lived a long life, but he died a hero (on July 4th, the Independence Day of the USA).

You tell me, who as per you is the best USA President ever? Like and leave a comment. 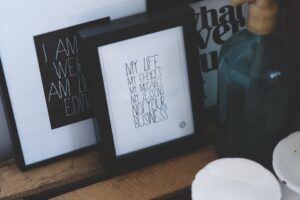 Next post 15 Best English Idioms to Slay in Style