“A woman is the full circle. Within her is the power to create, nurture and transform.” — Diane Mariechild.

Women are the epitome of love, dedication, and hard work. They make homes worth living and their countries proud whenever they go, but the issue that still prevails is Why women are still considered a liability? Why is there a

Women, despite reaching the moon and beyond, are still not considered good enough to take the decisions of their life. They are still considered a ‘Paraya Dhan’ (someone else’s property). Why? because man has always been the flag bearer in the patriarchal society. We have been nurturing for ages, this ideology, that a man only will take the family name forward.

Let me share with you an instance, Chhavi is a middle-class girl with aspirations as wild as everyone to reach the stars and beyond. So, she is trying for a Master’s degree abroad. While she’s soaring high and thinking of applying for the best university, her mom tells her to take up a college in the city itself. She asks her mom, you are fine with me getting married off and going far away from here, but when it comes to studying, you want me here? What sort of patriarchal thinking is that? Her mom answers only one thing back- she is a girl, and anything could go wrong.

So, what I am trying to express over here:

We need reforms – equality, starting with a strong mindset that having a daughter is enough, you don’t need a son to secure your future. A daughter is as capable as a son- a girl was born in an affluent family, the entire family was sad because they wanted a boy child, but her grandfather exclaimed, “this girl would be worth a million sons.” Time passed, and that little girl grew up to be the first women Prime Minister of India, made India proud across the globe, her name was Indira Gandhi. 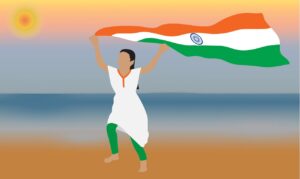 Previous post Why India loves to celebrate Republic Day?
Next post Surrogacy sealing the Blood is Thinner than Water Ideology