The world has been suffering from COVID-19 for so long that it seems impossible to picture a world without it. We’ve grown so accustomed to working from home and studying from home (No going to School/College) that it has made us sluggish and, at times, unwilling to socialize with others while being dependent on delivery services for way too much.

Technology has proved to be a boon as people can now connect to everyone in the world from practically any device, at any time and from anywhere. This is revolutionizing the way people work, allowing them to collaborate with colleagues across time zones, countries, and continents 24 hours a day, seven days a week. This has also helped us to know what’s happening across the world and stay in touch beyond geographical areas.

However, keep in mind that there are two sides to every coin, and that this technology has also proven to be a bane. The online classes, which were a lifesaver at the outset of this two-year journey, have now turned into an ulcer.

It all began with the primary intention of providing a secure atmosphere for the children to study. However, following the initial wave, some children stayed at home and studied through online schools, while others went to school. With the prospect of the third wave lurking, I believe they will remain at home, seated in front of a laptop screen.

The question is till when? Meanwhile, let’s go through the reasons why kids need to go to school as soon as possible:

The cost of these online classes cost a fortune, and you’ll need a good internet connection and a laptop to benefit from them. My question is, how long will our kids study from home, and are we to complete our schooling with them all over again. If yes, don’t parents and guardians also deserve a degree?

Previous post What is Digital Amnesia, and why is it prompting Anxiety around the world? 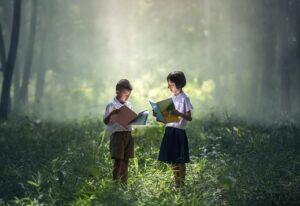 Next post Online Schooling Small Kids: Are We Parents Schooling Ourselves Again?