It’s simply a shame we don’t know when we’ll be able to escape COVID-19. At the moment, the only variant I’m interested in seeing is of Dr. Strange. We are utterly unprepared for what is about to happen to us. We’ve become so accustomed to surviving that we’ve entered the Endemic (a scenario that isn’t going away and that people have grown accustomed to living with). As a result, we’re stuck with a new form of COVID-19 variant called Omicron with no way out.

India’s Omicron tally surpassed 2000 instances, bringing the total number of patients to 2,043, even as the mutation extended to Meghalaya, affecting 24 states and UTs throughout the country. In Mumbai, Omicron was responsible for 80% of the Covid cases, with the Delta variation accounting for the remaining 20%. In the 24 hours leading up to 9 a.m. Wednesday, India recorded 58,097 new Covid-19 cases and 534 deaths. The active cases in the country totalled 2,14,004 with 15,389 recoveries.

According to a prominent infectious diseases expert, Omicron might become the prevalent coronavirus strain in Singapore in the next two months, entirely displacing the Delta variation. Meanwhile, France set a new one-day record with 2,71,686 new cases, while Australia recorded 47,799 new cases.

Omicron, which was first discovered in South Africa, is believed to be more contagious than other viral strains. The earliest cases discovered in India were of foreign origin, indicating that they acquired the variation elsewhere. However, persons who have never travelled are suddenly testing positive for the Omicron variety. Not just in Delhi but people without a travel history are also testing positive for Omicron in Mumbai.

According to a CDC examination of the first 43 cases investigated in the United States, cough, weariness, congestion, and runny nose are the four most prevalent symptoms of the omicron form. People infected with COVID-19 can experience a wide range of symptoms, with cough and loss of smell being two of the most common.

What can be done:

According to experts, Omicron has begun to overtake Delta in India. However, it’s important to remember that Delta is still the most prevalent strain in India. 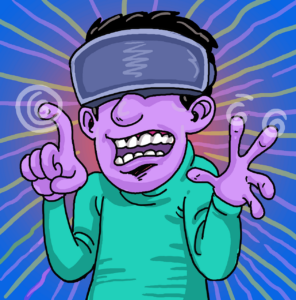 Next post Future Technology Trends that will Change the Game