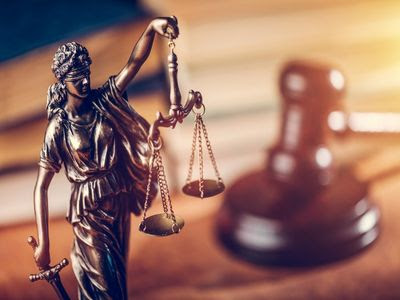 We live in a country where we have strict rules and regulations for the protection of children below the Age 18 known as the POCSO Act.

POSCO Act, 2012 was implemented with the primary goal of protecting minors from a variety of sexual abuses and crimes. The accused isn’t titled to bail under Sec 35 of Non-Compliance as per Karnataka High Court. It is a non-bailable offence.

So, it came as shock to me when a 23-year-old accuser of a 13-year old girl was granted bail on the bond of Rs 25,000 as he suffers from Peter Pan Syndrome. The Bombay High court granted him bail on providing sureties like providing any incentives or promises to anybody familiar with the circumstances of the case or committing a similar crime.

What is Peter Pan Syndrome?

Peter Pan syndrome is a popular psychological phrase rather than a diagnosis. It’s a term that’s applied to any adult male or female who isn’t socially mature. While it may affect anybody regardless of gender, colour, or culture, males are more likely to be affected.

The goal of popular psychology is to communicate psychological concepts to a broad audience. Psychologists dismiss it as pseudoscience and psychobabble, but the general public embraces it. People might consider it similar to Depression.

This condition is neither classified as a mental disease by the WHO’s International Classification of Diseases 11th Revision (ICD 11) nor by the American Psychiatric Association’s Diagnostic and Statistical Manual of Mental Disorders, 5th Edition (DSM 5).

Nostalgic Moment: We all while growing up loved Disney’s Peter Pan and the Neverland, where nobody ever grew up. But that was fantasy and in the real world, people grow up and do grown-up stuff. The quote from the movie, which was one of my favourites was – Do not Grow up. It’s a Trap.

But I would have never thought of using this Fantasy theory as a syndrome to help a guilty man get bail. What a shame.

Let’s dig a little more, What are the symptoms of the Syndrome?

Well, that is everybody, I guess. I am that person most of the days. I want people to love me, take care of him while I, on the other hand, do not want to make an effort.

What is the Treatment?

Since it is not a mental disorder:

The accused lawyer Sunil Pandey stated the victim’s relatives knew about the affair and did not like it “because of the boy’s sickness and low upbringing and also held a grudge against his family members.”

He further stated that the victim was well aware of her actions and entered the relationship freely.

Let me make it clear, rape or sexual offence is not about sex but violence. A person who forces himself on someone is a criminal. Period.

Previous post Women Participation in the Labour Force of India
Next post COVID-19 Delta Plus Variant: Everything You Need to Know