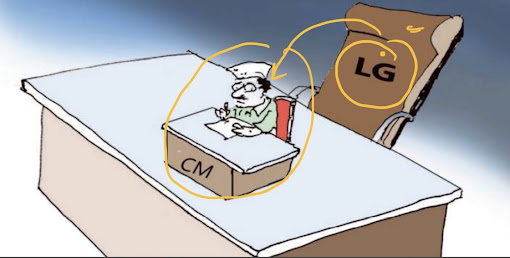 “Living in the capital of the World’s largest democracy, I can see my vote is of no value now,” says a Delhite.

The Government of National Capital Territory of Delhi (Amendment) Act, 2021, passed in the Lok Sabha on March 22, demarcates the powers of Lieutenant Governor and the council of ministers supervised by the Chief Minister.

The bill grants LG the authority to pass or disapprove any bill the Delhi government wants to execute or amend. LG will not assent those bills which fall outside the purview of the powers conferred by the Legislative Assembly. LG can appoint the employees of All India (Civil) services and the Anti-Corruption Bureau.

This law gives Lieutenant Governor the power to remove the government elected by the people of the capital. The bill gives no power to the elected government for conducting inquiries concerning administrative decisions.

Although, the Union Ministry of Home Affairs compels that the bill will remove Ambiguity. But if that’s the case, remove the process of elections with the Right to Choose from Delhi as well.

Delhi government never have had the right to make laws on the matters of the state like:

Supreme Court in 2018 has said, LG can be the Administrative head but cannot act as the Obstructionist and interfere in every decision of the Delhi government. SC further added, the elected government must not obtain LG’s concurrence on a day to day affairs of the administration but it must inform the LG’s office.LG’s powers will surge with Delhi elected government’s shrinking.

All the executive work will be carried on the name of LG and since LG is controlled by the Central government aka BJP, you can fill in the blanks. The elected government doesn’t have the right to even question LG’s decisions.

AAP’s Stand on the Bill?

He targeted the central government saying, the BJP was rejected by the people of Delhi and it is seeking measures to curtail powers of the elected government through a bill in Lok Sabha.

Congress which ruled Delhi for 15 years from 1998 to 2012 plus for 50 days in 2013 when they had a collision government with AAP, said, the bill is an attack on the constitutional democracy.

Pros of the Bill:

Cons of the Bill:

India has developed over time, not because of its ambiguity, but because of its diversity. Clipping or restricting the authority of a democratically elected government is not acceptable. It is a murder of the rights of the people after they have voted for the elected government. It is an unconstitutional move and with the passing of this bill, the end of democracy is near.

Previous post I Got Waxed with Covaxin, Here’s my Experience?
Next post Mother’s Day 2021: History and Significance of the Day