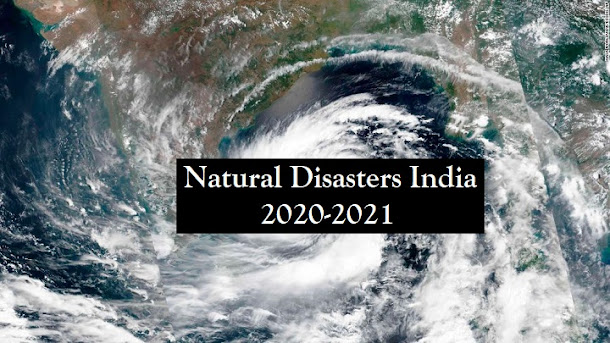 Nature is having a feast on humans since 2020 starting with the COVID 19 virus that has paralysed the world’s top countries and still going strong despite dozen vaccines.

The year 2020-2021 has seen its fair share of natural disasters with Cyclones, Hurricanes, Earthquakes, locust attacks and more, some of which have been listed down:

Recently, the frequency of natural disasters happening in the world has increased, leading to loss of life and property. It is in conditions like these we need to understand the importance of Nature and help it heal.

It is time to stop Climate change and work as an Agent of Nature – Plant trees and Achieve Carbon Neutrality. As Mahatma Gandhi has beautifully said: Be the change you want to see in the world.