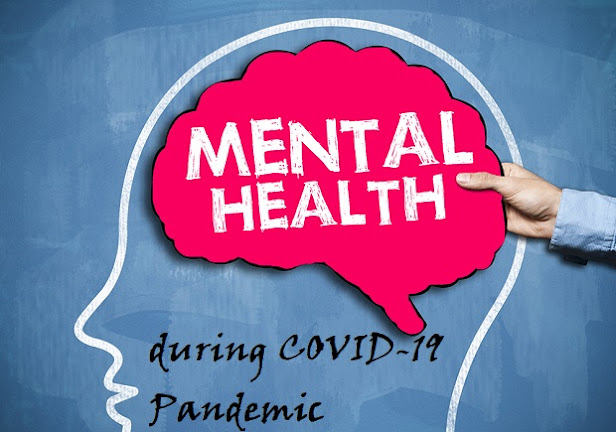 When I was a kid, whenever I didn’t want to go to school, I used to say, I am having a fever or stomach ache because then, mental health was not even considered as a reason to skip school.

The Pandemic is getting worse with every day thousands of new cases been reported along with deaths. The situation has led to night curfews across the country, and recently weekend curfew in New Delhi. This all has affected people financially, and most importantly, mentally.

Since last year we have been staying indoors for our own safety, which has affected some of us mentally leading to anxiety, depression, use of the substance to escape reality. In January 2021, 41 per cent of people reported they have been having mental issues and Suicidal thoughts.

Some people have been working from home since last year while some people have been avoiding social gatherings just to be on the safe side. The COVID 19 reduction in cases made us come out of our holes, but the sudden rise has led to more added mental and financial problems.

Reasons rising due to COVID 19 Pandemic:
– Job Loss and Domestic Violence: Many people have been suffering from anxiety and having Suicidal thoughts after losing their jobs. Staying at home and feeding their family with no job and no financial aid has affected people a lot. During the Lockdown, we witnessed a rise in family suicides, divorce cases and domestic violence cases.
– No Outside Contact: We have been so cooked up in the house that going out and meeting friends is a difficult option. Going out requires abiding by the rules and regulations with staying vigilant and sanitized. During the lockdown, the only way to connect with them was through Videocalls. We just don’t want to have a personal touch with people anymore.
– Watching movies all day long: When we were restricted to our homes, the only way to have a better day was by watching movies and tv shows. Watching all day led to anxiety issues and headaches, and more body-related problems.
– No Contact with the World let to More Anxiety: Due to the national lockdown from March 25th 2020 to 31st May 2020, people grew social issues. People forgot how to socialize and tried hard to avoid people.
– Vaccine-Effective Game: Despite Vaccines being effectively introduced in the country with active administration of them to the elders and daily wage workers. People given the dose have been showing some aggravated mental side effects.
– Online Classes and Home Schooling: Most of the students don’t have access to the internet and computers, which has led to fatigue and mental stress among students.
– Elder People Vulnerable: Most elderly people have been cooked up in their homes which has led to emotional breakdown from loneliness and isolation. Many of them feel abandoned and helpless.
– Falling prey to the News: People fall prey to the news which is broadcasted on allegations, not proof. The best example: On 14 June 2020, Sushant Singh Rajput died by suicide, media showed the news by twisting and maligning images of Actors without proper proof. They were playing with the emotions of the public, who were agitated with every person linked to the suicide.

The famous case of Sushant Singh Rajput topped all the News Channels, which was soon turned into a murder when they accused Rhea Chakraborty as the reason after she stole money from him and then dumped him along with providing him with drugs. Many other celebrities were dragged into this like Karan Johar, Ankita Lokhande, Shraddha Kapoor, Kriti Sanon among others.

Celebrities like Deepika Padukone have come forward to talk about mental health and its importance. How much exhausted and fatigued you become because of Mental Stress and Anxiety.

Ways to heal Mentally?
– The government of India should pressurize media to have reliable sources as many people fall prey to the news and social media.
– Regularly practice mindfulness, deep-breathing exercises, yoga and meditation.

People have been seeing psychiatrists for feeling low, having anger issues, suicidal thoughts and more. The situation is not getting better with increased COVID 19 cases. People again will be cooked up in their houses, and we will witness news of increased violence and suicides.