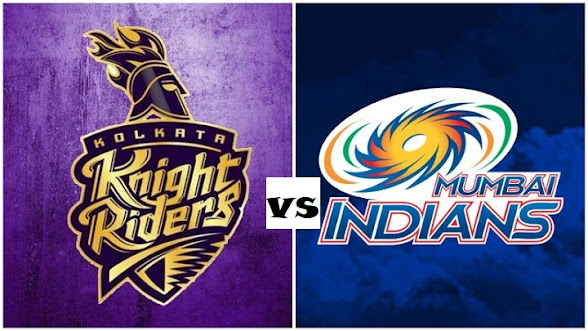 People were concerned whether they will be able to see IPL 2021 or truth be told, would they be able to bet on it. But we all know, last year after the lockdown was lifted, IPL 2020 was conducted in Dubai. So, this year is no different, the difference only is that this time is it happening in India where the audience can see them live.

Today, Two-time Champion KKR will take on Five-time Champion MI. Although I thoroughly enjoy both teams, my bid will always be on KKR. The game will begin at 7:30 pm and will be held in the MA Chidambaram Stadium, Chennai, TN. KKR won the first match of 2021 against SRH while Mumbai lost against RCB.

– Prasidh Krishna seems to be in good condition as he took two wickets in the first match while Andre Russel, Pat Cummins and Shakib Al Hasan managed to take 1 wicket each by not giving away a lot of runs.

-Nitish Rana, the man of the match and Rahul Tripathi were the big smashers in the first match. Shubhmann Gill, Dinesh Karthik, Andre Russel and Eoin Morgan will have the time to show off today.

MI on the Contrary has:

– Jasprit Bumrah and Marco Jensen, who took 2 wickets each against RCB. Trent Boult and Krunal Pandya managed to take only 1 wicket while Rahul Chahar proved expensive as he gave away too many runs.

– Both these teams first match was played in MA Chidambaram stadium only. So, we can expect them to perform better this time.

– Both the teams lost the toss and batted first.

We saw some amazing bowling from RCB’s Harshal Mehta who took 5 wickets and was awarded Man of the Match while AB De Villiers smashed 49 runs off 27 balls. On the defeat, Captain of Mumbai Indians Rohit Sharma said, ‘Winning the Championship is more important for them’. MI has won the IPL trophy five times and they are looking forward to getting a hattrick this year.

On the other hand, DC’s Shikhar Dhawan blasted the bowlers and smashed 85 runs off 54 balls, winning the Man of the Match trophy while Prithvi Shaw maintained the pressure by hitting 72 runs off 38 balls.

IPL is a game of endless possibilities. Anything could happen. The 3rd Match and 4th Match was KKR vs SRH while the 4th Match was between PBKS vs RR.

Despite Manish Pandey’s awesome smashing of 61 runs off 44 balls and Johny Bairstow’s hit of 55 runs off 40 balls, KKR won by 10 runs. The credit goes to the Man of the Match, Nitish Rana who played impeccably by scoring 80 runs off 56 balls and Rahul Tripathi’s 53 runs off 29 balls. The bowlers also maintained the pressure by taking the big wicket of Johny Bairstow.

The 4th match saw a renamed Punjab Kings (PBKS) in a New Jersey, which closely resembles RCB’s Jersey. Maybe the name-change worked, as PBKS won by 4 runs despite a remarkable inning from RR’s Captain Sanju Samson who scored a century (119 runs off 63 balls).

The match showed an amazing inning from both the captains with PBKS’s KL Rahul smashing 91 runs off 50 balls. Despite RR losing the match, Sanju Samson was awarded the Player of the Match.