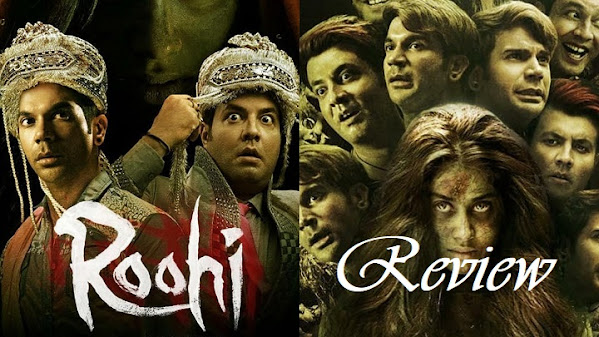 I watched Roohi on my Sunday off. I thought I would have fun as horror wise Indian cinema is getting better. Movies like Pari, Stree, Tumbbad, have been at the top of my horror list. Plus, Roohi was Rajkumar Rao and Varun Sharma movie, who are really funny guys, and I have heard people calling Roohi – ‘Stree 2’.

So, I had to give it a try and give it the benefit of doubt as well. So, I watched the movie. The movie concept was fresh, but they failed to scare or make us laugh.

The story was about witches and their craze of getting married and humorously at the place where catch marriages are a tradition, not a crime.

The movie failed to give me goosebumps, although I was surprised to see a witch fall in love. Wow.

Varun’s Character Kattanni expressions while looking at the witch with love should be appreciated. Because if we were at his place, we would have died of shock. Plus, the witch also likes him in return, what a twist!

At one point in the movie, Rajkumar’s Character Bhawra marries a female dog and promises her, he’ll get her married.

Bhawra loves Roohi (Janhvi Kapoor) while Kattanni loves Afza, the witch possessing Roohi. The story is of them trying to marry the girl they love.

This is Janhvi Kapoor’s fourth movie, the second Horror movie. She plays a sensitive girl, possessed by a witch.

The ending is really smartly executed, Roohi marries Afza and promises herself to her. Instead of choosing the boys (Bhawra, Kattanni), she chooses the witch to latch on her.

The ending sets a great example of female empowerment and also breaks movie and social stereotypes of women always ending up with men.

The accent in the movie is really hard to understand but funny if you do. The foreign journalist is really good with great Hindi speaking skills.