The living is the most important aspect of Life. But for some, life is searching ways and methods by which they can help and improve others life.
Curiosity led us to the discovery of Planet Mars by NASA (National Aeronautics and Space Administration) with the possibility that we humans could make it our new home due to the presence of water but no life has been found yet.

Why we need that? The man has destroyed and has exploited Earth for his greed so much that in the near future we might lose the Earth as we know it. And also the world is worried if Man starts 3rd world war, we all be gone. Recently, North Korea really threatened America saying it’ll launch its missiles’.

So, the question is how? Isn’t it expensive to go to Mars? Therefore, SpaceX a private American Aerospace manufacturer and transport service which designs, manufactures and launches rocket and space crafts headed by the Visionary and Super Intelligent Elon musk who has earlier been involved with Tesla.Inc, PayPal, Neuralink, X.com just a few of the influential and remarkable work of him. SpaceX was established in 2002 HQ in Hawthorne, California, the USA with more than 5000 employees. 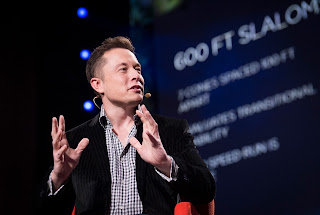 So, SpaceX is the first company to send its satellite in the International Space Station (ISS) is a space station, or a habitable artificial satellite, in low Earth orbit named Dragon (designed to carry astronauts to space).  SpaceX works towards developing fully and reusable rockets, helping to reduce the costs. The main motive of SpaceX is to improve the cost and reliability of access to space. He’ll be able to send the human to Mars within 10 to 20 years and according to him, Humans can live there. Musk also stated that, since Mars’ atmosphere lacks oxygen, all transportation would have to be electric.
Till date, SpaceX has secured more than 100 missions and over 12$ billion in contracts. Even NASA has agreed to help them in their mission 2018 to mars where they will land, communicate and find ways to help their spaceships along with has signed many contracts with them including Commercial Orbital Transportation Services (COTS) contract to demonstrate cargo delivery to the ISS, with a possible option for crew transport, Commercial Resupply Services (CRS) are a series of contracts awarded by NASA from 2008–2016 for delivery of cargo and supplies to the ISS on commercially operated spacecraft are just a few to name.

On Feb 6th2018, SpaceX has launched the Falcon Heavy, the fourth-highest capacity rocket ever built is the most powerful rocket in operation as of 2018. The inaugural mission carried a Tesla Roadster belonging to Musk as a dummy payload, the first time ever a car has been sent to space with fun touches like a “Made on Earth by Humans” printed on a circuit board and a “Don’t Panic” message on the dashboard. The reason for sending the car was that there is a good chance this monster rocket blows up, so I just wouldn’t put anything of irreplaceable sentimental value on it” – Elon Musk with an interview with SyFy. The short Flight from earth o Mars will start from mid 2019s. 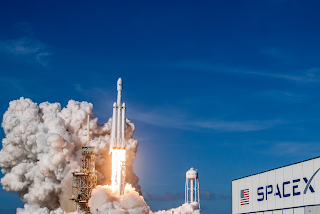 So, we can say He’s the Tony Stark of Real world. He’s handsome, Smart, philanthropist, he’s Half Republican and Half Democrat. He’s worried more of AI than Nukes and does believe there will be a 3rd world war. He’s more inclined towards how technology can help us live life effectively and efficiently. He’s like Tony Stark who’s a sucker for more.