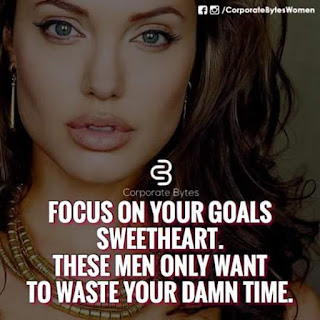 Rach had a best friend named SCAR.  She loved her and so did SCAR. They were best friends since school times. Their bond was strong, always there for each other no matter what. Used to talk for hours and hours about every possible thing and impossible reasons.
But then School ended, they grew up all of a sudden. Now, they had to figure out what they are going to do with their lives. SCAR sticked to LAW and went out of the town. Where as RACH parents decided she was naive to be sent out of the town to study. . So, basically, She got her COMMERCE DEGREE in the town only.
The distance made them grew apart. SCAR was for the first time in her life free or away from family. So, she did everything to enjoy her independence. She was always the “move with herd” person. She made dozens of friends. She forget about the thing – That she had a friend who was calling her everyday just to talk to her. But she used to ignore her saying ‘you don’t understand how it is’ and you are overreacting. Whenever RACH called her, she would talk for 10 min or less and that time to, meanwhile, talking to her friend n RACH at the same time.. RACH used to get furious and say at least for 10 min can you talk to me.Is that to much to ask for? Things got nasty when SCAR got a boyfriend. Now, every time they talked it was about her boyfriend and friends. RACH stopped talking about myself to her, as she figured out that she will be creating problems in SCAR life and she will be better off without her.
Let’s talk about RACH, She was like “the less, the better” person. She got really depressed that she can’t talk to her whenever she want to. Because before she could call her anytime and SCAR would be available for her. Now, it’s was like SCAR was  always out with her boyfriend & friends partying or shopping or enjoying and RACH didn’t wanted to be a ‘Bone in the chicken’. So, this was how RACH stopped talking to SCAR.
SCAR used to call RACH when she was in the town and away from her friends. and she would promise her that she will be in contact with RACH every time but it was all forgotten as soon as she went back to her college and friends. So, RACH was in pain, She lost her BEST FRIEND. RACH did made new friends but they used to prioritize about their problems, and everything.They her their chauffeur, ATM machines, everything. Due to this, RACH went into depression. Things got even worse when RACH started doing cigarettes and drugs.
But things got out of hand, when RACH came in a relationship thinking this will be it. She got forced into having sexual relations, She didn’t wanted to but the guy forced her. I know, you guys must be thinking, She should have said no. But it’s not how a guy’s mind works. You will say no, you will repel or defend. But he will not let you go until he does what he came to do or want. The thing which made RACH loath herself even more was that she did sex on her first date. All She knew was, one does not do sex this fast. Apart from his name, number, address ; she didn’t knew a thing about how he was personally. All She knew was, that he was a good guy – As told by her Friend. HE IS A FUCKING MORON AND NOT A FUCKING GOOD GUY!!!
She was miserable and isolated herself for weeks, for doing something which she didn’t wanted to do in the first place. She felt like she was raped and that she had become a prostitute. Then RACH told SCAR all about THIS, SCAR came on a conclusion that, It was all her fault and the absence of her from RACH’s life led to THIS. SCAR used to be the sane voice in RACH’s head. But now, there was no voice and RACH was CLUELESS. She had no friends, She had no escape, She got lost again.